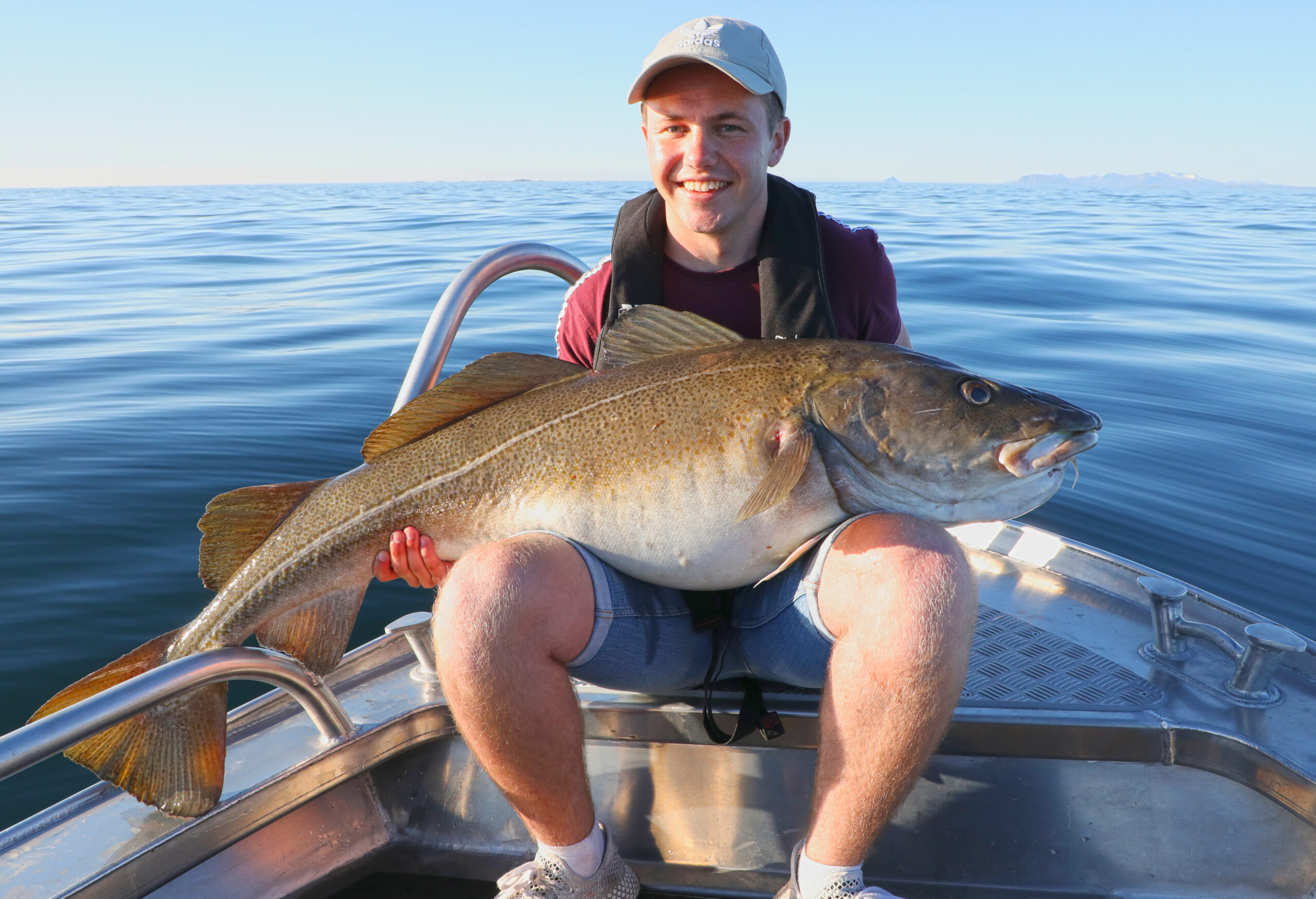 We have completed another fishing season! After a calm start of the season due to corona restrictions, we were relieved to finally welcome many of our guests back again from July onwards.

As usually, the fishing for cod was best in the start of the season, even if cod up to 25 kg was caught also later in the summer.

Fishing for coalfish must however, have been the highlight of the season! Already in the beginning of May the first big coalfish started to show up and after that we experienced very good fishing of coalfish all season. During several trips the average size was around 10kg and a lot of fish around 15kg were caught as well. Just like last season there were large amounts of big coalfish inside the fjord just minutes away from the camp.

Wolffish fishing was as usually best in May and June, which was before we had guests around here.

In June we experienced an invasion of pink salmon in our fjord, in numbers never before seen along the norwegian coast. The pink salmon were introduced in Russian rivers on the Kola Peninsula. Just like the king crab, the pink salmon does not respect national borders, which has resulted in the invasion into Norwegian waters.

Big shoals of mackerel arrived in the end of June and the biggest one we caught was 1,5kg.

After a few poor haddock seasons we saw an increase in the end of the season, when a lot of nice haddocks were caught.

As usually, the best time for plaice and dab was in the end of the season.

Like during the previous years, some anglerfish were caught in the end of the season, the biggest one reaching 23 kg.

We had many spectacular nature and wildlife experiences during the fishing trips too. Common sights during the trips were sea eagles, puffins, porpoises and minke whales. A warm thanks to everyone who joined us this summer. Until next time, tight lines!